The League of Women Voters is an outgrowth of the suffragist movement. Carrie Chapman Catt founded the organization in 1920 during the convention of the National American Woman Suffrage Association. The convention was held only six months before the 19th amendment to the U.S. Constitution was ratified, giving women the right to vote after a 57-year struggle. The League began as a “mighty political experiment” designed to help 20 million women carry out their new responsibilities as voters. It encouraged them to use their new power to participate in shaping public policy.

From the beginning, the League was an activist, grassroots organization whose leaders believed that citizens should play a critical role in advocacy. It was then, and is now, a nonpartisan organization.

League founders believed that maintaining a nonpartisan status would protect the fledgling organization from becoming mired in the party politics of the day. However, League members were encouraged to be political themselves, by educating citizens about, and lobbying for, government and social reform legislation. The League of Women Voters (LWV) mission is to encourage the informed and active participation of citizens in government and to influence public policy through education and advocacy. LWV takes position on issues, but we do not support or oppose candidates or political parties. Membership is open to anyone age 16 and over.

A Historical Perspective on the League of Women Voters

From its inception in 1920, the League of Women Voters has been a grassroots organization with the purpose of advocating, educating and engaging citizens in the decisions that impact their lives. Each decade has led to progress in achieving the League’s mission of Empowering Voters and Defending Democracy. The archives contain the history of each individual effort and League initiative that has laid the foundation for the accomplishments that followed. For more information, go to the following:  https://www.lwv.org/about-us/history

The Kalamazoo League of Women Voters was founded on July 20, 1920, just five months after the formation of the Chicago League of the United States. Each of 16 townships had a chairperson and the League had central governing boards consisting of 5 officers. The same group of women who had been involved in the fight for the equal suffrage amendment, were also instrumental in forming the local League. Dr Caroline Bartlett Crane, Mrs.Caroline Hubbard Kleinstuck and Mrs. Lydia (or Leah) Shakespeare were among the founders. Their hope was to further the political education of the newly enfranchised women. In the fall of 1920, the first non-partisan mass rally for candidates was held in Kalamazoo. It was judged a great success; drawing an attendance of 2000+ people, and called, “an innovation in political gatherings.”

The fledgling organization worked to support candidates for State Representatives and for the Kalamazoo School Board. It supported the formation of a School of Nursing at the University of Michigan and spoke out for “dry” candidates and ”anti-cigarette” programs. It worked to grow its membership, and after an intensive drive culminated with a party celebrating first-time voters at the Y.W.C.A., the membership stood at 315.

In 1923, “Know Your Town” booklets were issued by the National League. They were intended to be a guide for local leagues. In fact, this study of the local community became the criterion for a provisional league to become accredited in later years. Efforts to earn women the right to vote grew in scope. Advocacy for an educated citizenry as a whole, followed. When the Michigan League of Women Voters held its annual convention in Kalamazoo in 1925, Carrie Chapman Catt, Honorary President of the National League attended. The following year, in 1926, the policy of taking a non-partisan stance was established for the first time. It was a result of a request by the state to study two issues that would benefit all citizens; one was waste disposal practices and the other was food sanitation ordinances.

In the 1930’s and 1940’s many different programs and activities were tried and the League continued to be issue based. Study groups on government efficiency, child welfare, registering eligible voters living costs and international affairs were organized. The work and efforts continued as support for the democratic process consistently meant advocating for the tools of the democracy. Eventually, the death of the two prominent  and active members, Dr. Caroline Bartlett Crane and Mrs. FLorence G. Mills, was followed by a decline in attendance and active participation. After sixteen years the League ceased to exist.

In 1950’s and 1960’s the League resumed as a Provisional League of Women Voters. Caroline Hamm led the work on a “Know Your Town” study. Within a year, the League grew to 75 active members and re-engaged in the numerous local, state and national issues. Voteramas were held in Bronson Park in election years to register voters. One study, chaired by Helen Nelson, found a serious shortage of housing for minority group members. The Kalamazoo Gazette published the story on the front page. The city open-housing ordinance and building code enforcement stance, supported by the League, were both approved.

The League continued its activism in multiple ways throughout the 1970’s and 1980’s. The League was an amicus curiae in a successful suit – taken to the Supreme Court – supporting school desegregation in the Kalamazoo Public Schools. LWVKA member, Mary Brown, delivered the brief to Washington and testified before Congress, an event that won mention of the League in the Washington Post. Kalamazoo members traveled to other Leagues, sharing their experiences with those mounting similar efforts. In 1974, Kalamazoo joined other Leagues in welcoming men as members. New strategies were welcomed in the 80’s for recruiting and involving members. Traditional patterns of work, such as the frequency of daytime meetings were reconsidered, in order to accommodate schedules of employed women.

In 1995 the 75th Anniversary of the suffragist movement was celebrated. The work to fight for the myriad non-partisan issues designated by both the State and National Leagues was underway. Where in the past, diverse voices were pushed aside, new efforts to understand,  appreciate, and educate people about the strength that comes from an inclusive policy became the preferred way forward. The years that followed meant continuing to study and revisit social justice issues as a response to the ever-evolving circumstances and increased awareness.

The 100th Centennial Celebration in 2020 showcased the first 100 years, in spite of the Covid Pandemic. A traveling exhibit that contained a timeline and biographical history of Caroline Bartlett Crane made its first stop in the Kalamazoo Public Museum. All across the state, celebrations took place virtually.

Members are actively engaged in many, many ways; the need to stay informed in the defense of democracy continues. League engagement and advocacy draws from a broad platform ranging from the 2018 Voting Rights Ballot proposal and Redistricting Ballot proposal, to Gerrymandering and Communities of Interest education efforts. Candidate forums and Voter Guides continue to be a mainstay. Highschool education programs remain a part of the outreach, as is mentoring Geographical Units . The League’s ever-widening circle to increase membership and engage with voters continues. The adherence to non-partisan examination of topics is as important as ever, and the League’s recognition of the need to increase both awareness and education on Diversity, Equity, and Inclusion (DEI) policies is significant. The development of a DEI lense for assessing all activities is now an essential and important part of planning, committee work, and recommended policy study. Even when concerns around Housing, Voter Rights, Racial issues, and Education return to the forefront, the League works to update and move forward.

Today, the LWV operates as a coordinated National, State and Local organization. There are more than 700 state and local Leagues in all 50 states as well as in DC, the Virgin Islands and Hong Kong. With the foresight and efforts of founder Carrie Chapman Catt in 1920, (six months before the 19th amendment to the United States Constitution was ratified) the League of Women Voters remains dedicated. Educating and empowering the citizenry of our Democracy will always be necessary; persistence and a commitment to the mission is the League’s guide. 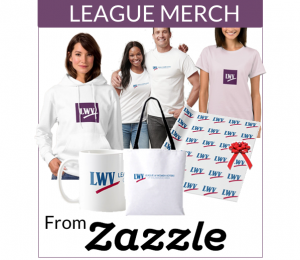